What Constitutes a DUI? 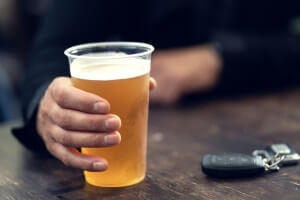 When someone gets behind the wheel when they are intoxicated, it adds a whole new level of danger for both themselves and others. When someone makes the decision to drive under the influence of drugs or alcohol, there are serious consequences including fines, suspension of your driver’s license, or even jail time.

What Constitutes “Under the Influence” for a DUI in OK?

According to §47-11-902 of Oklahoma’s Title 47, someone is considered to be under the influence if any of the following three conditions is met:

What Is Considered “Driving?”

Although we know what being under the influence means, it is also important to understand what it means to be “driving.” In Oklahoma, someone is considered to be “driving” for the purposes of a DUI if they are “in actual physical control” of a vehicle.

This means that not only is it illegal to actually be driving a vehicle while intoxicated but also to be behind the wheel with the car keys in the ignition or in your hand, even if the car is not yet turned on. This means that someone is charged with DUI if caught while driving, and they can also be charged before or after driving under the influence.

What Are the Consequences for a DUI in OK?

There are a variety of consequences for a DUI conviction. Although a DUI is considered to be a misdemeanor the first time that you are convicted, after that, each subsequent DUI within 10 years of the first is considered a felony. This could mean the difference between spending less than one year in jail and a minimum of one year in jail. A fine for a first offense starts at $1,000 and collects interest so long as the fine remains unpaid. Not paying all together can end up in jail time.

Additionally, while a felony conviction can have a major impact on all aspects of your life, a criminal record – even for a misdemeanor – can affect various things, such as your ability to find a job and a place to live. Sometimes probation may be an option to keep you out of prison, but you must abide by all regulations and check in regularly with your assigned parole officer, or you may still end up in jail.

Drivers in Oklahoma give implied consent to be administered sobriety tests (with the exception of roadside tests). Should you refuse such a test, your license will be immediately seized and then shortly thereafter revoked. A refusal can be used against you in a trial for DUI.

Effective November 1, 2019, Oklahoma Senate Bill 712 now provides the option of the Impaired Driver Accountability Program (IDAP), for a driver to retain their license so long as they enroll within 30 days of their first notice of the date of their license revocation. By installing an ignition interlock device to test the driver’s breath for alcohol, so long as a driver passes the car’s breathalyzer test, full driving privileges may still be employed.

If you or a loved one has been injured in a car accident due to the recklessness of a drunk driver, you should not have to pay the consequences. That’s why it is important to consult with a knowledgeable and experienced Drunk Driving Accident Attorney.

To learn more or to schedule a consultation, call Graves McLain at 918-359-6600. We will speak with you for FREE in order to determine how we can help. You will never pay an attorney’s fee upfront – and you owe us nothing – until we win your case. We don’t get paid until you do.