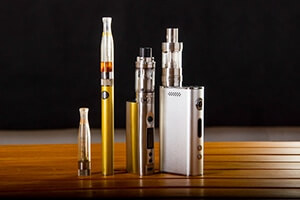 The Transportation Safety Board of Canada recently completed an investigation into a fire that started in the baggage hold of a commercial airliner.

A Boeing 737 was forced to make an emergency landing. After rising above 9,000 feet, a warning light indicated a fire in the cargo hold. The crew activated the fire suppression system before returning to their point of departure. Upon their return, they discovered a lithium-ion battery used to power an e-cigarette had caught fire inside a backpack stored in the cargo area.

According to the Transportation Safety Board of Canada, the Transportation of Dangerous Goods Regulations (TDGR) recommends e-cigarettes and lithium-ion batteries travel in an aircraft’s cabin. The flight departed Calgary International Airport for Vancouver International Airport with 58 people on board. The owner claimed to have forgotten the battery was in the bag, which passed security screening undetected.

A Florida man recently died when an exploding vape pen sent fragments into his skull. Per officials, the 38-year-old man suffered burns to 80 percent of his body and died of a projectile wound to the head. The death was ruled an accident, with officials noting “extensive” fire damage to the room.

Other injuries linked to vape pens include a 2017 incident in which a victim lost several teeth and suffered second-degree burns, as well as a 2016 explosion causing third-degree burns. These incidents remind us how defective products can cause life-changing—even fatal—injuries every day.

If you or a loved one has been injured by a Defective or Dangerous Product, call Graves McLain right away at 918-359-6600 or fill out a free consultation form online. When you call one of our experienced Tulsa, Oklahoma Product Liability Attorneys, we will speak with you for FREE and determine the best course of action.