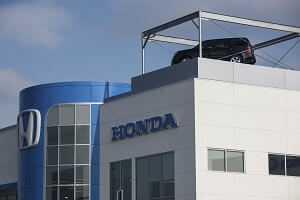 The National Highway Traffic Safety Administration recently announced that Japanese car manufacturer Honda will be fined $70 million for underreporting thousands of injury and death claims over a period of nearly 11 years. This fine against Honda is expected to be the single largest civil fine ever levied against a car company by the NHTSA.

In 2014, the NHTSA issued more than $126 million in penalties against auto manufacturers. To put that total in perspective, the $126 million figure exceeds the total amount of civil penalties collected by the organization in its previous 43 years of existence. A majority of these penalties were related to the more than 62 million vehicles that were recalled in 2014 for a variety of safety reasons. However, even in relation to these millions of recalls, this violation by Honda stands out as especially egregious.

The NHTSA estimates that between the years of 2003 and 2014, Honda failed to report more than 1,700 claims of injury or death caused by their vehicles. This dishonest behavior not only puts consumers at risk, but it also prevents the NHTSA from relaying relevant and timely safety information to millions of drivers across the country.

The NHTSA relies on quarterly reports from auto manufacturers to disclose any and all safety issues with their vehicles. These issues and concerns are then passed along to the public to keep all drivers as safe as possible on America’s roads and highways.

When companies like Honda fail to submit accurate information in these reports, it creates a dangerous situation for everyone.

For this reason, Honda is now facing a record fine consisting of two separate $35 million penalties. The first fine is for misreporting injuries and fatalities, while the second is for failure to report warranty claims. The $70 million figure may have been even larger, however, the NHTSA currently imposes a $35 million cap on its civil fines.

Large manufacturers must be held accountable for the damage they cause when they fail to properly inform consumers of the dangers associated with their products. If you or a loved one have been injured by any defective product, including an automobile, medication, or medical device, contact the experienced Defective Product and Personal Injury attorneys of Graves McLain right away.

Call us today at (918) 359-6600, and an experienced and compassionate Tulsa Defective Product and Personal Injury attorney will speak with you for free and help you understand the details of your case. Product liability cases are complicated and require the experienced representation of Graves McLain, Tulsa Personal Injury law firm.