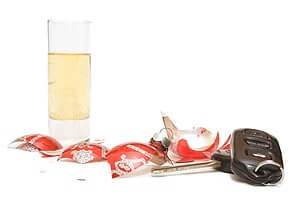 With the holiday season officially in full swing, there are many parties to attend and much to celebrate. But while this time of year can be very exciting, it can also be very dangerous. In fact, the days surrounding both Christmas and New Year’s are two of the most dangerous periods of the year for fatalities caused by drunk driving.

The NHTSA reports that in just December 2017, 885 people were killed in crashes due to drunk drivers. Throughout 2017, there were 10,874 drunk driving-related fatalities. To put things into perspective, that is one person dying every 48 minutes for the entirety of the year. In Oklahoma alone, from 2003-2012 there were 2,205 fatalities from crashes involving drunk drivers. The percentage of adults in Oklahoma who admit to having driven after drinking too much (1.8 percent) is about the same as the national rate (1.9 percent).

Aside from the obvious toll that drunk driving takes on the lives it impacts, it is also costly. Based on data from 2010, the most recent year for available data,  crashes involving impaired drivers cost the U.S. $44 billion each year. The average DUI costs the perpetrator $10,000 and often jail time – not to mention the cost of car towing, lost wages, job loss from loss of their license, attorney’s fees, court costs, and even increased insurance premiums.

What Can You Do?

One of the most proactive things that you can do to prevent DUI is to make plans ahead of time. If you know that your plans will involve drinking, you can plan ahead by having the number for a taxi or an app for a ride share service on your phone, or have a designated driver in your group of family or friends. Should you notice that someone is planning on driving while under the influence, take away their keys and find a safe way for them to get home.

Luckily, this epidemic continues to be combated with various strategies. Strategies that have been implemented include:

Although these strategies have already had quite an impact on decreasing the number of fatalities related to drunk drivers, there is still much to be done.

The Attorneys at Graves McLain Can Help

If you or a loved one has been injured in a car accident due to the recklessness of a drunk driver, you should not have to pay the consequences. That’s why it is important to consult with a knowledgeable and experienced attorney.

To learn more or to schedule a consultation right away, call Graves McLain at 918-359-6600 today. We will speak with you for FREE in order to determine how we can best help. You will never pay an attorney’s fee upfront – and you owe us nothing – unless we win your case. We don’t get paid until you do.